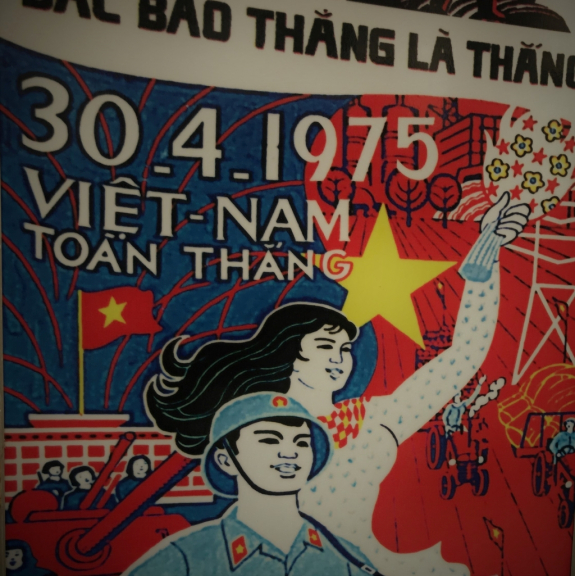 To get to know Vietnam, I decided to give a deep dive into the country, making a 1700km north-south travel by train, starting in Hanoi (official capital) until Ho Chi Minh – ex-Saigon (economic capital), visiting Halong Bay, Hué (imperial city) and Can Tho (floating markets). Check the dedicated posts. 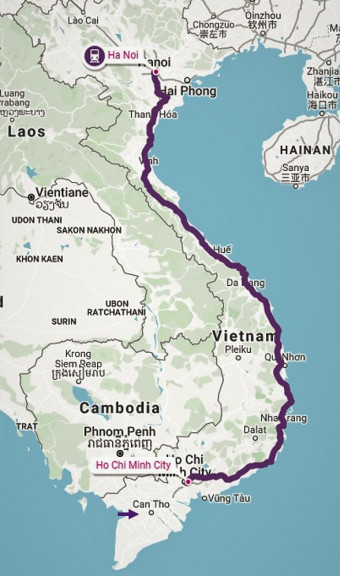 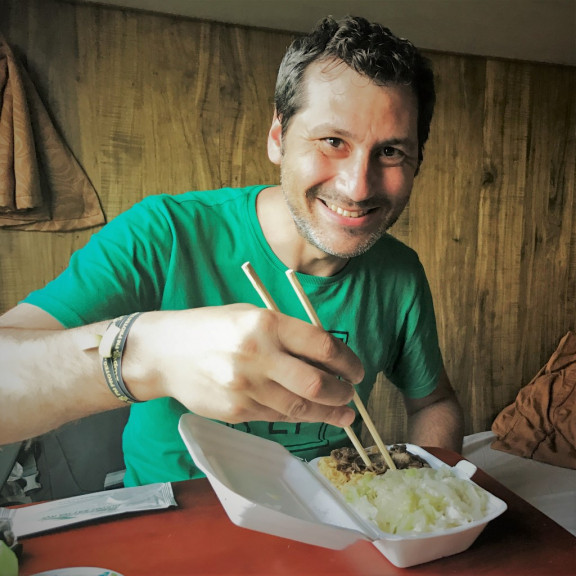 Vietnam is a country of contrasts. So much more than rice fields that will amaze and surprise you in many ways. As time goes by, when I remember this 2017 travel, I like it more and more. An unforgettable experience. I would do it again, with little changes. But when recalling the feelings of the moment, that’s a different story.

Knowing that travelling is all about discovery, seeing and feeling a place you have only seen in pictures/documentaries – from another person’s eyes – I confess we felt a bit disappointed with Vietnam. 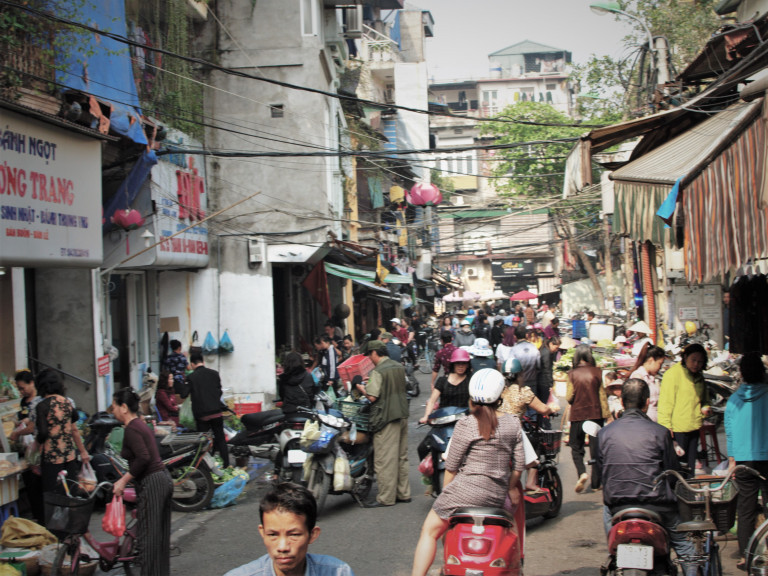 The arrival at Hanoi was a “shock” for me. In my head, I had a “romantic” image of Vietnam: a mix of imperial and colonial city context, and green landscapes of rice fields and mountains. Instead, I found a confusing, dirty city with crazy traffic – thousands of motorbikes everywhere – skeins of scary electricity cables in all buildings, confusing markets, with live animals, no food safety standards, non-eatable animals (at least for me!)… 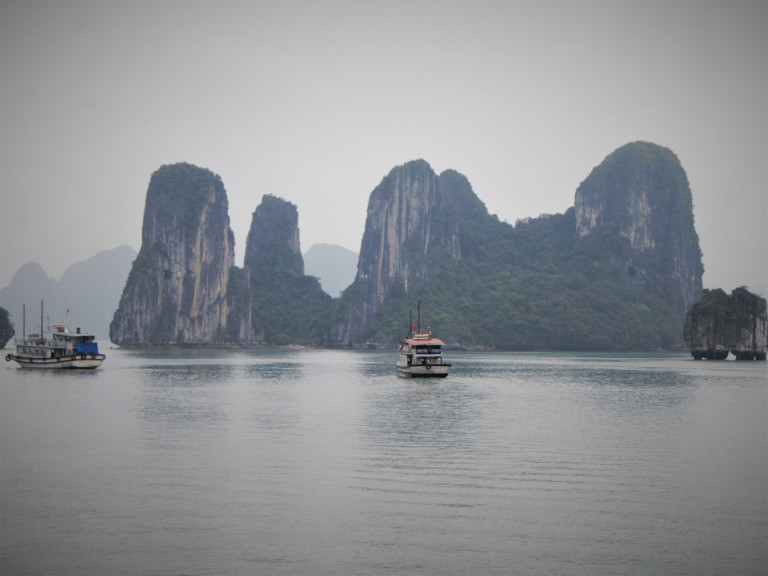 Back to Vietnam! A very diverse country, a mix of 54 officially recognized ethnic groups: the Kinh represent 86% of the population, followed by the Thai community.

I was expecting a more spiritual community. They are a mixture of the Triple Religion: Buddhism, Taoism and Confucianism. There are also has also a large number of Catholics, the heritage of the past occupation. Toleration is in charge. It seemed like the majority of the population is “light religious”, as you don’t observe religious practice/events often. 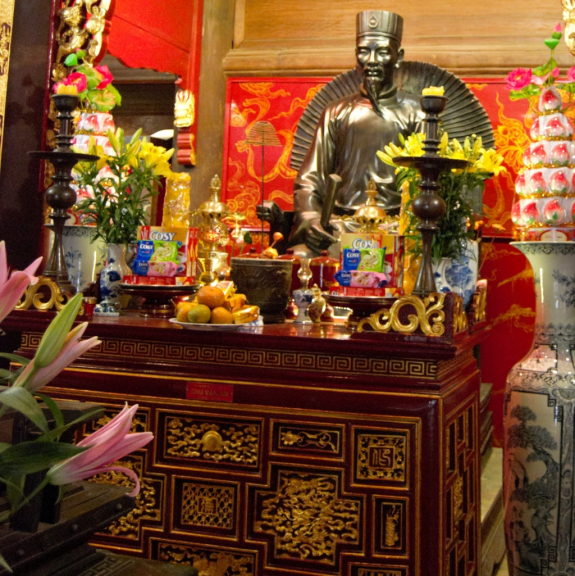 People physically very different from the north (“Chinese” look) from the south (more “European”, as a result of European / American influence/long stay). Smiles are shy in the north of the country, close to china geographically but also culturally and politically. Smiles became more open and relaxed as you move south. 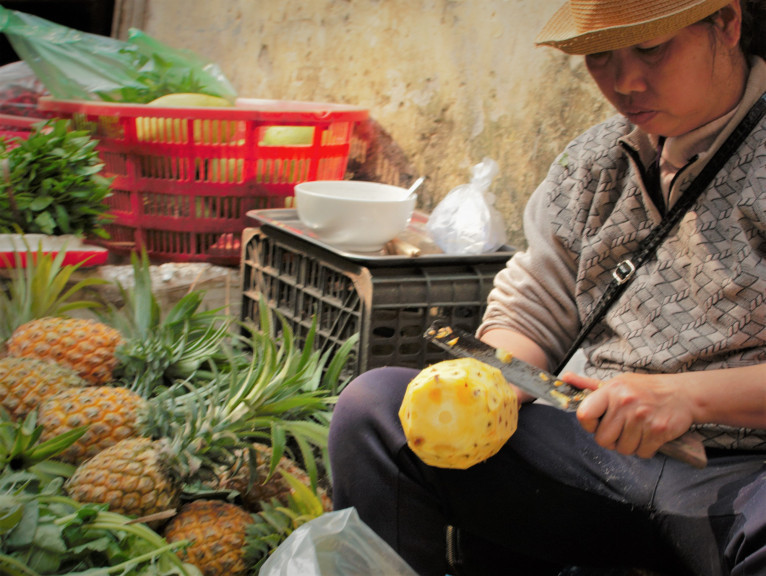 In the Food & Drink chapter, enjoy the Street Food variety. The fruit is amazingly fresh and sweet; you can find it everywhere – street vendors will provide it already prepared by 1USD a piece – grab & go!!

You’ll be happy if you like rice, vegetables, sauces, spicy experiences! Don’t expect fish and meat to be part of a regular menu – only in a few places, you can have that kind of meal.

Tea is the most common drink and you can find it everywhere. Wine and beer are rare findings, so enjoy them when you can! 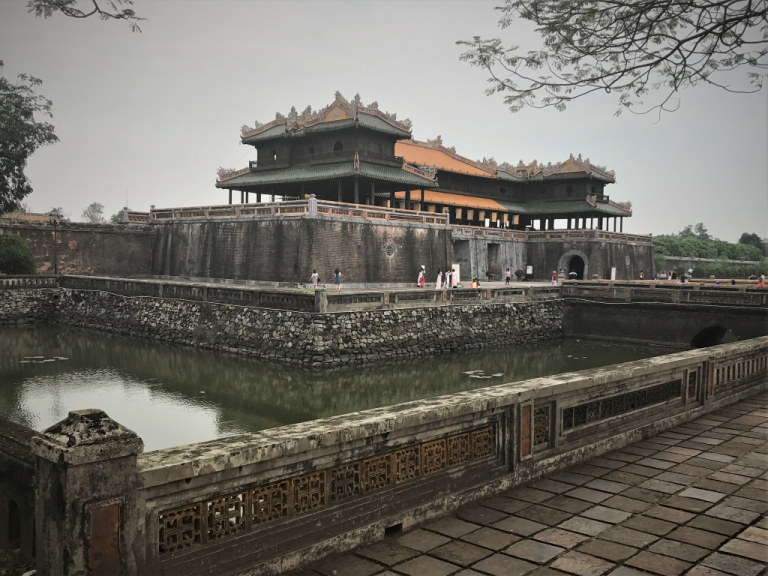 One final funny note: the traditional Vietnamese hats we know from rice fields pictures and used only by man … So smile when you see a male tourist with such a hat 😊 he didn’t get it! 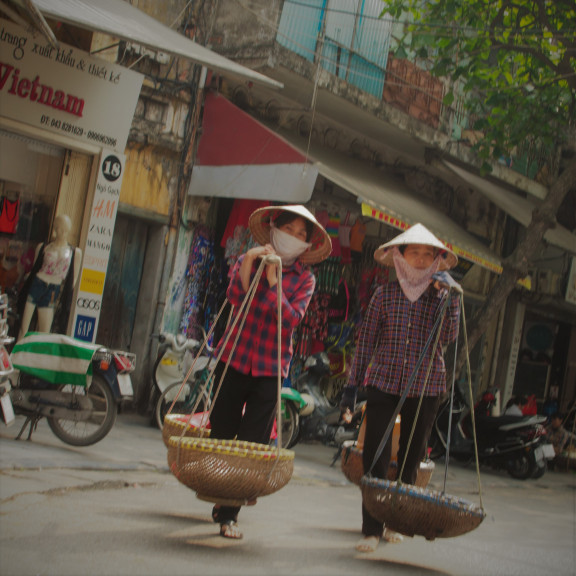