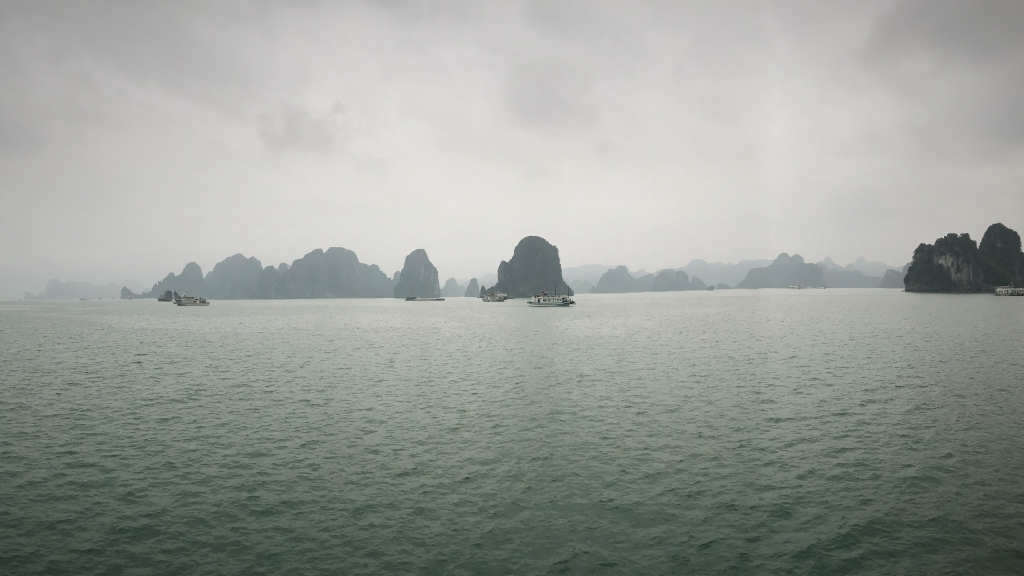 I flew from Bangkok to Hanoi and arrived at night. Stayed at a backpacker’s hostel in the old quarter, close to the market. This is a golden rule for me – Always be close to the city centre to avoid the mess over transportation. Wake up with the mix of confusing noises coming from the market, people, motorbikes… a chaotic city with frenetic rhythm. 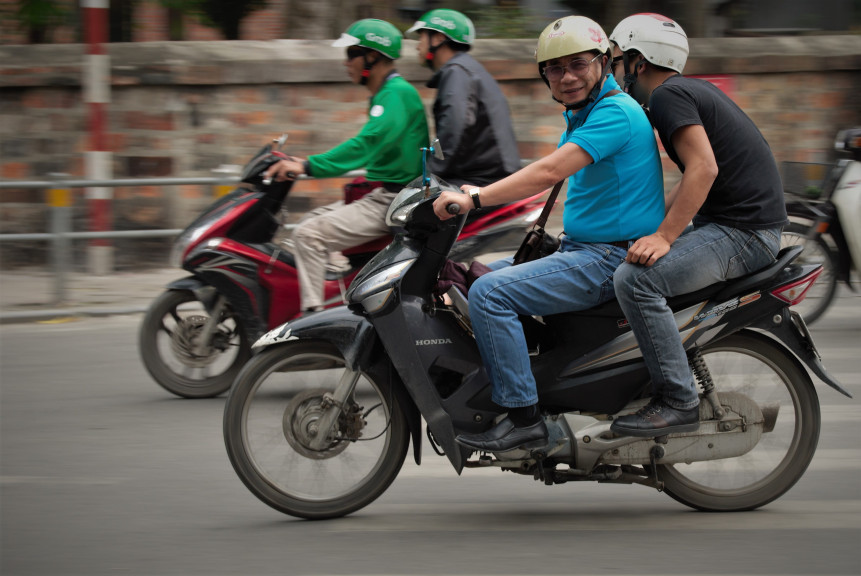 Hanoi is the oldest city of Southeast Asia combining a 600-year-old ancient quarter with a century-old colonial city. This rich cultural heritage lives together with growing modernization, while Hanoi claims its position as the heart of Vietnam. 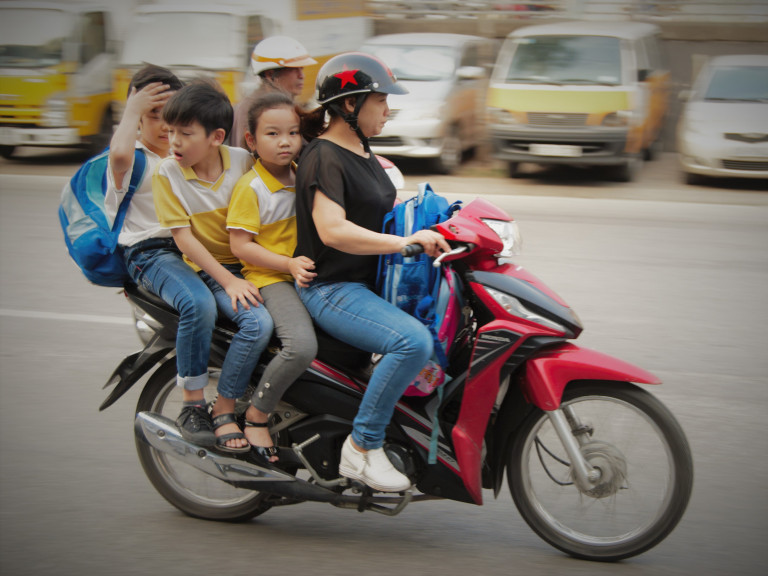 Stayed for 3 days: the first one discovering the market and the old quarter; the second discovering Halon Bay landscape and caves; And the third day on the French quarter, the more colonial part of Hanoi. 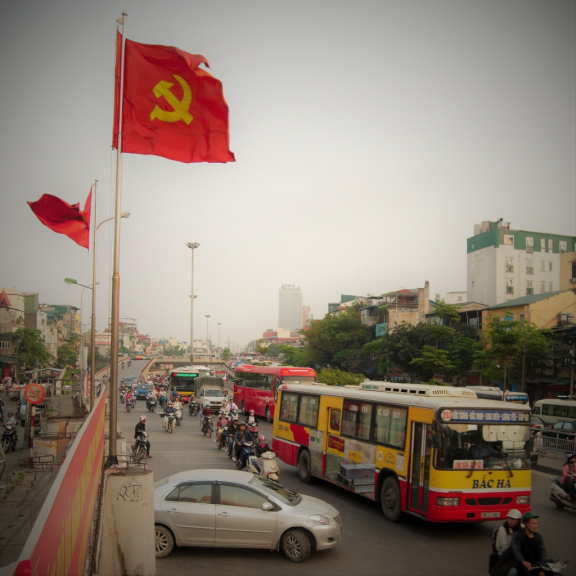 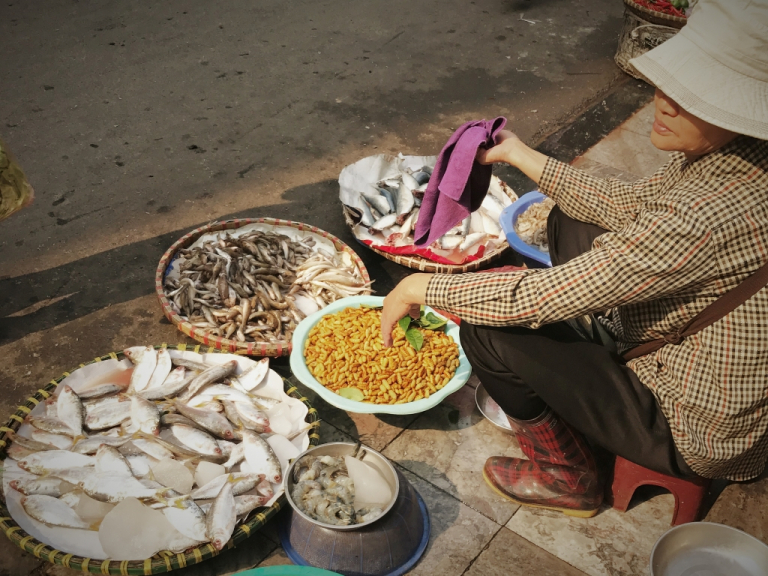 The morning starts really early with crazy traffic. Markets are vibrant and colourful; you can find everything you might think about, it’s an amazing way to find out more about real people life, tastes and flavours. Be aware that some practices can be shocking for a European (sell turtles to cook… very low use of refrigerated facilities to preserve meat, hygiene criteria. ) 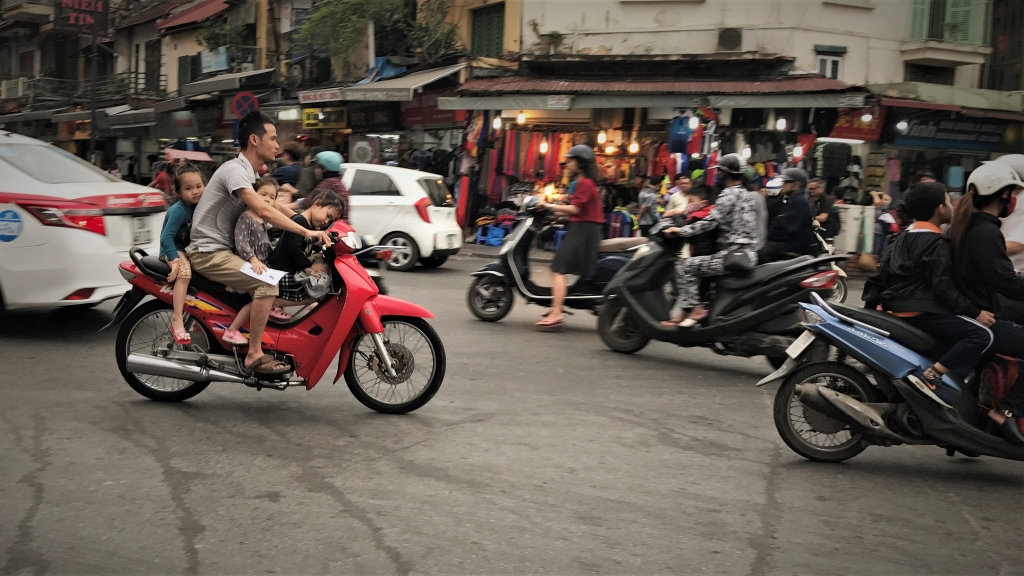 The vibrant city with so many people rushing in motorcycles and urbanistic chaos, scaring scenarios (electric connections, motorcycle speed and the way you crossroads…) Children in motorcycles without a helmet, people eating in the street, outside of their houses, while doing “business”… 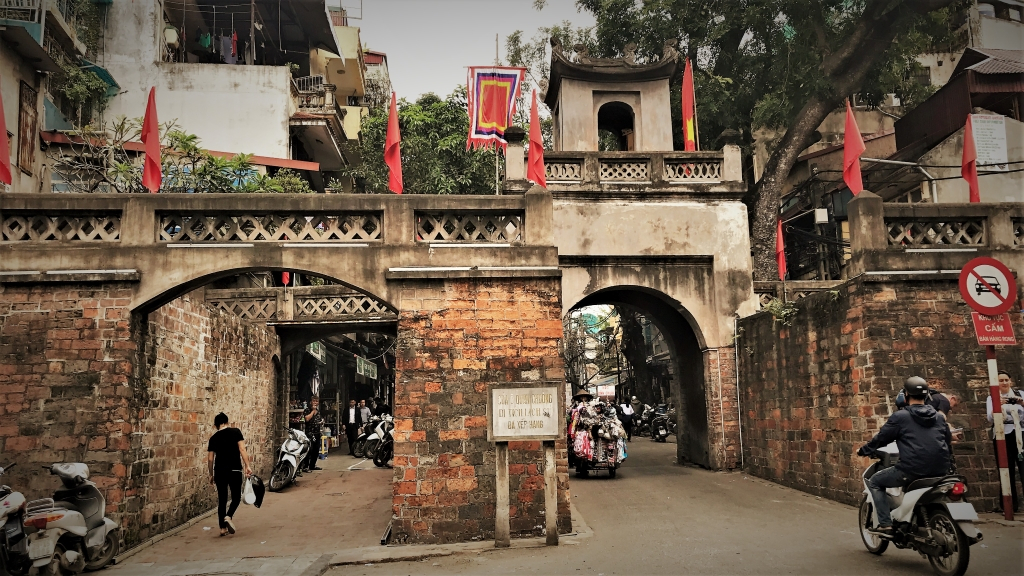 Most of the streets in the old quarter are named under trade guilds; The street names generally begin with hang (merchandise) while the second word names the product: Hang Gai (silk street), Hang Tre (bamboo street) …

In Hanoi, you can’t miss the traditional Water Puppet Theater. Its thematic are around Vietnamese folklore: day-to-day village life scenes of farming, fishing, festival events such as buffalo fights and children’s games. It tells of day-to-day living in rural Vietnam and Vietnamese folk tales that are told from the older generation to the younger generation. 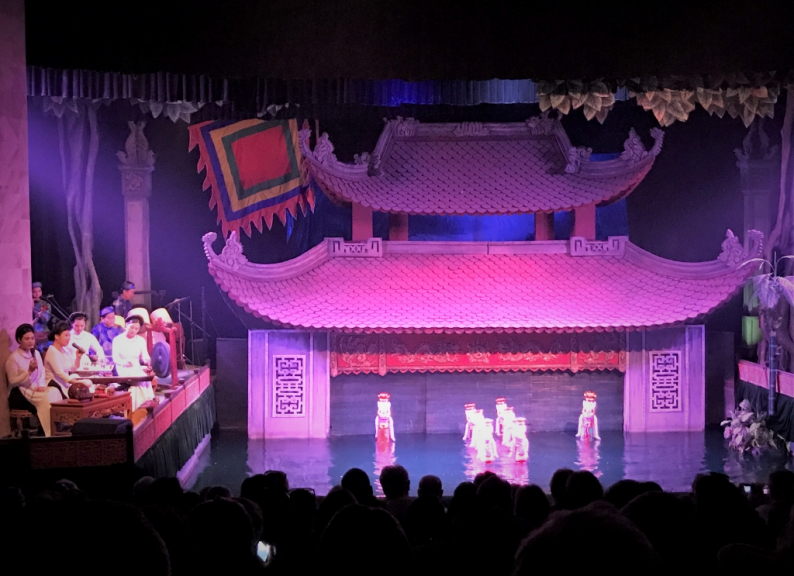 Water puppetry is performed in a chest-deep pool of water, with the water’s surface as a stage. The puppeteers stand behind a screen and control the puppets using long bamboo rods and a string mechanism hidden beneath the water surface. A traditional Vietnamese orchestra – drums, wooden bells, cymbals, horns, two-string Chinese violins and flutes – provides background music accompaniment. Singers of Cheo (a form of opera) tell the story being acted out by the puppets. 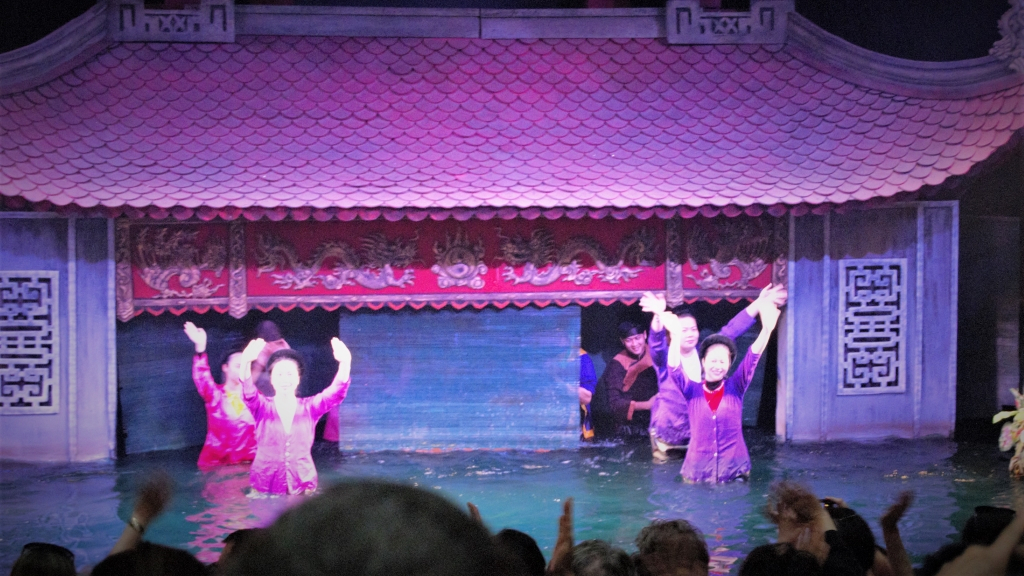 This Vietnamese Water Puppet show is not just geared for kids but meant to delight adults as well. They perform every day and it’s a good way to end your evening. Don’t miss it!

On the second day – heading to Halong Bay 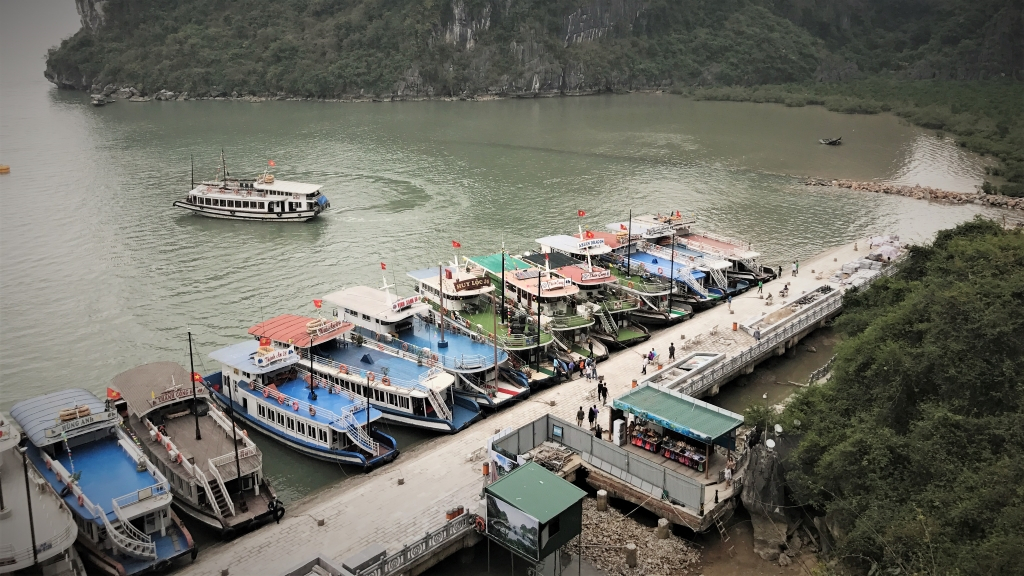 Going to Halong Bay is a must; Designated as a UNESCO World Heritage Site, this magnificent place is a labyrinthine seascape of bizarrely shaped outcrops, isolated caves and colourful caves. Didn’t have the luck to get a sunny day, but it sure is worth the visit. Besides the natural wonder, you’ll also enjoy the typical floating villages. 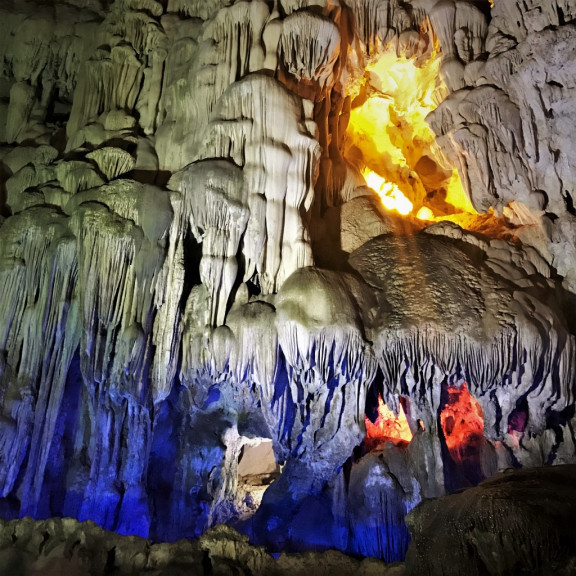 I decided to book an organized tour that took me from Hanoi that included the boat tour, the “small boats” tour and a cave tour. A full day is enough to sightseeing and have a global view of the place. There is the option to stay for the night, but that wasn’t our choice. 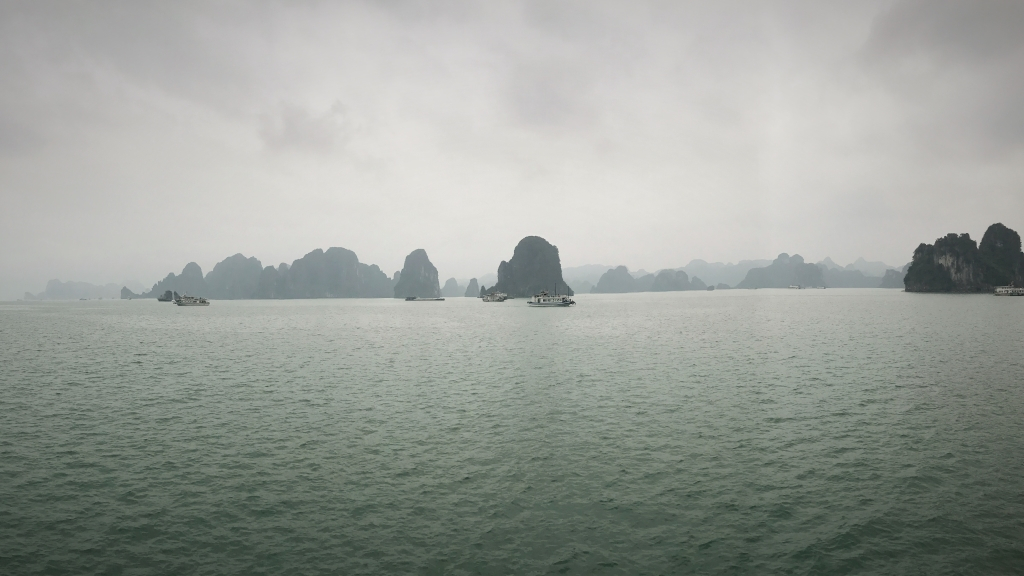 The oldest architectural complex in Hanoi was founded in 1070 to honour the Chinese philosopher Confucius, and served as the centre of education for young mandarins. It is constituted for ancient and pagodas and gardens, certainly worth a visit, so you can contact to the ancient history of the city. 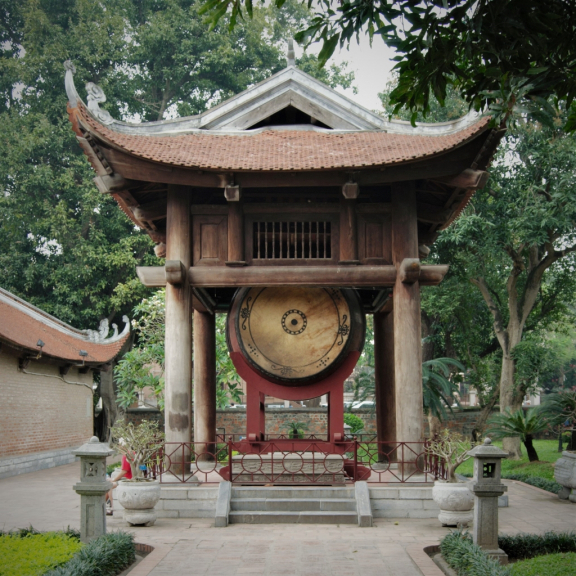 Hoan Kiem Lake – situated in the heart of Hanoi, as a legend of a divine golden turtle that presented a magic sword to Le Loi General, that helped him to expel the Chinese from Thag Long (Hanoi, today). This lake and garden are a beautiful and relaxing place for locals and tourists.

Not far away from Hoan Kiem Lake, you can step into the old French Quarter of Hanoi, which houses are some of the most beautiful vestiges of the heritage of French presence in the territory. A unique quarter that stands out from the rest of the capital where the old and the new blend harmoniously, diffusing a subtle charm to the ancient capital of Vietnam. 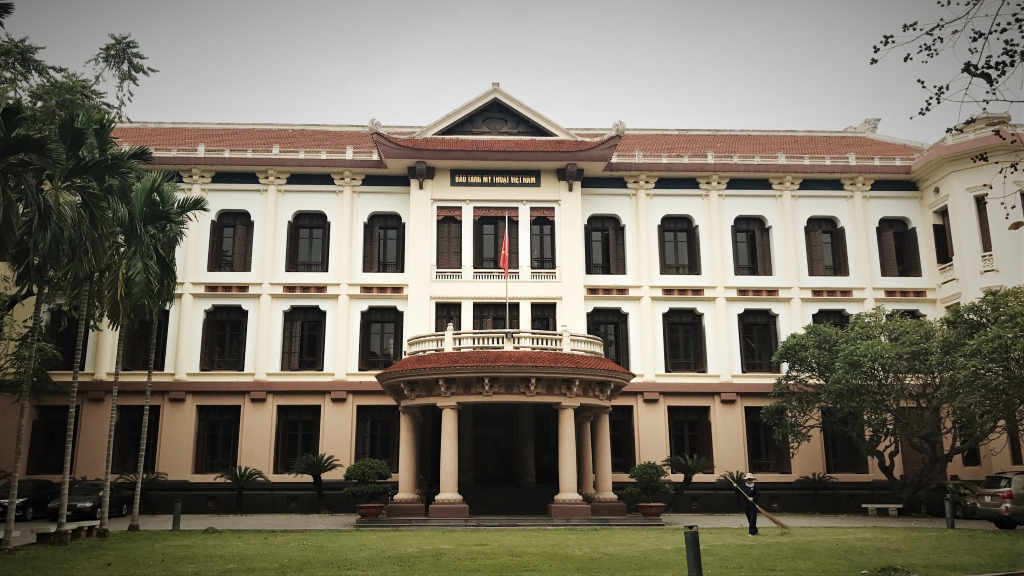 You can find small shops selling off old propaganda posters from the Vietnam War, providing a flashback in history and art as souvenirs for backpackers. 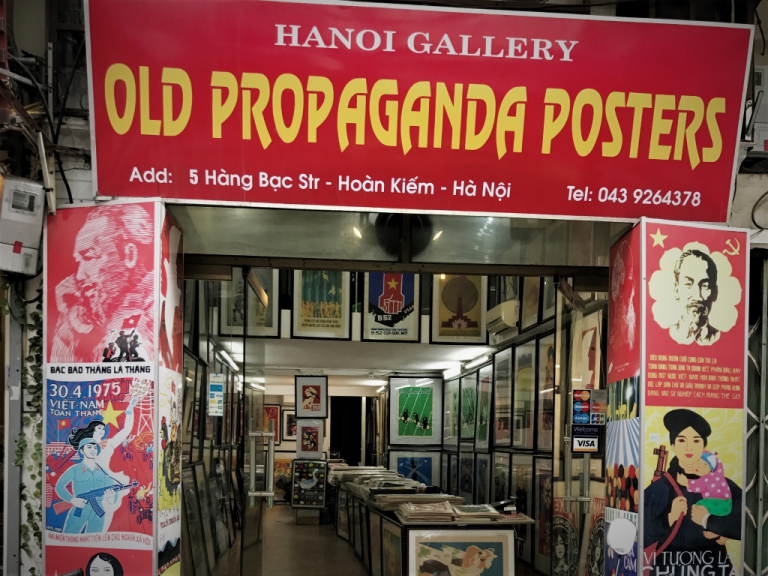 Step into the shop and you step into a time capsule of exhortations to patriotism and defeating the enemy! 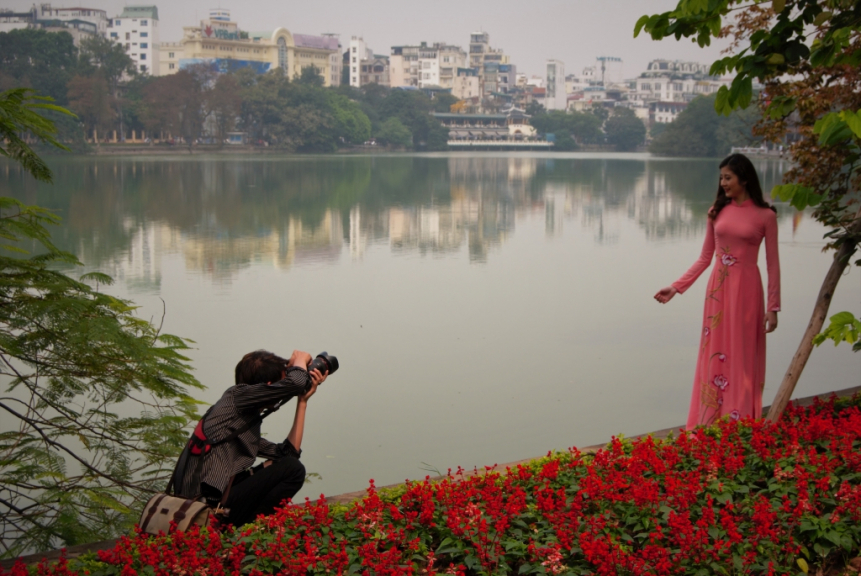 At the end of the third day, I picked the night train that would take me to the imperial city of Hué.  An overnight train experience is always exciting 😊. Check it out in our next post!