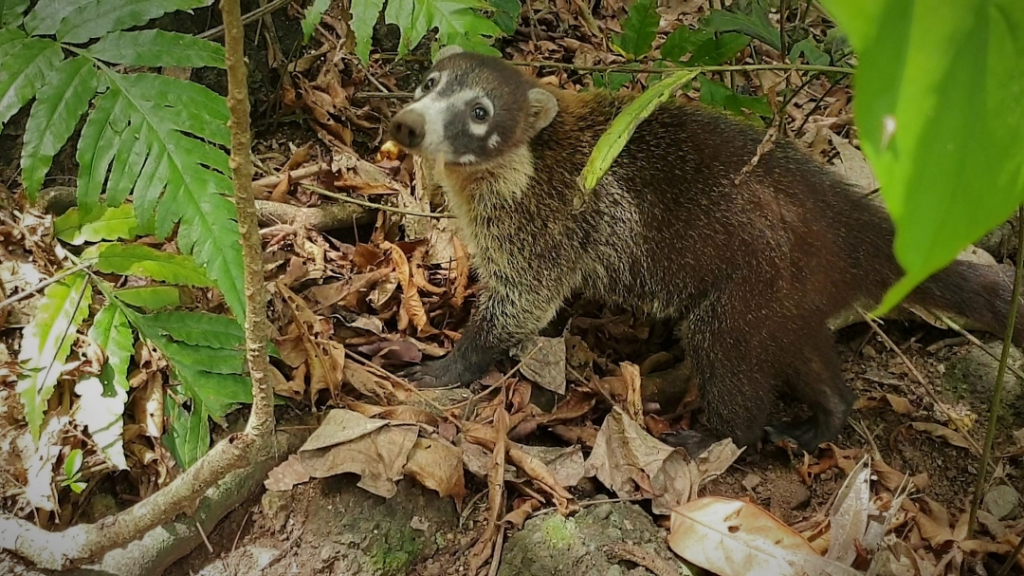 Classified by National Geographic as “the most biologically intense place on Earth in terms of biodiversity”, you don’t want to miss it!

In Corcovado, you feel deeply in contact with nature, almost no human life cross your way! After 2 weeks in Costa Rica you learn to walk silently, your senses are more alert, and you can start enjoying the experience!

I was having so much going south from Manuel António – despite not planned, I decidedly to visit Corcovado Natural Park. And it was great! 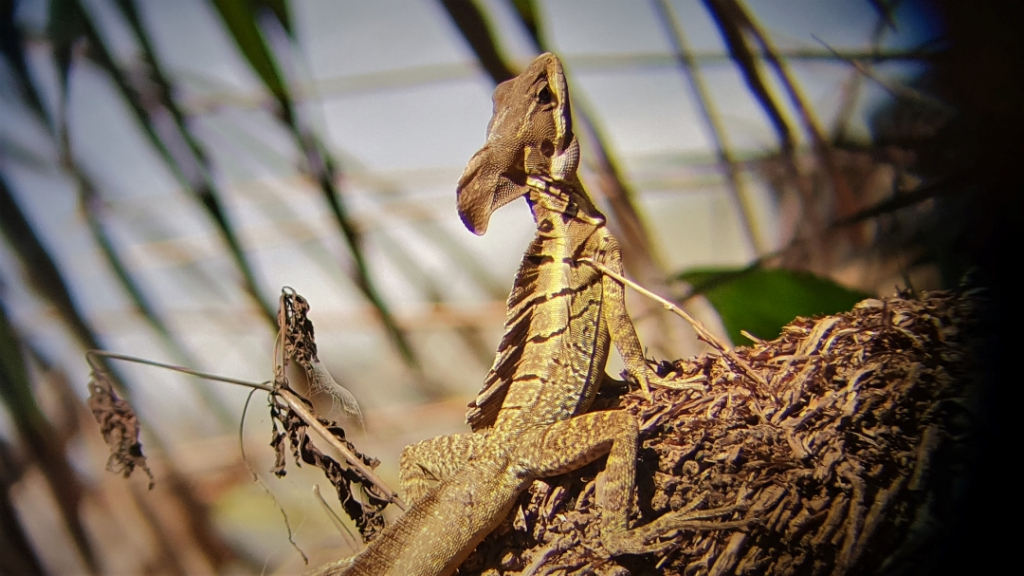 I headed south to Puerto Jiménez. The roads were good and the travelling was pleasant, with nice sightseeing over the bay. I arrived in the afternoon and started by having some good shrimps in Marisqueira Corcovado, just across the sea, with the sunset as background. 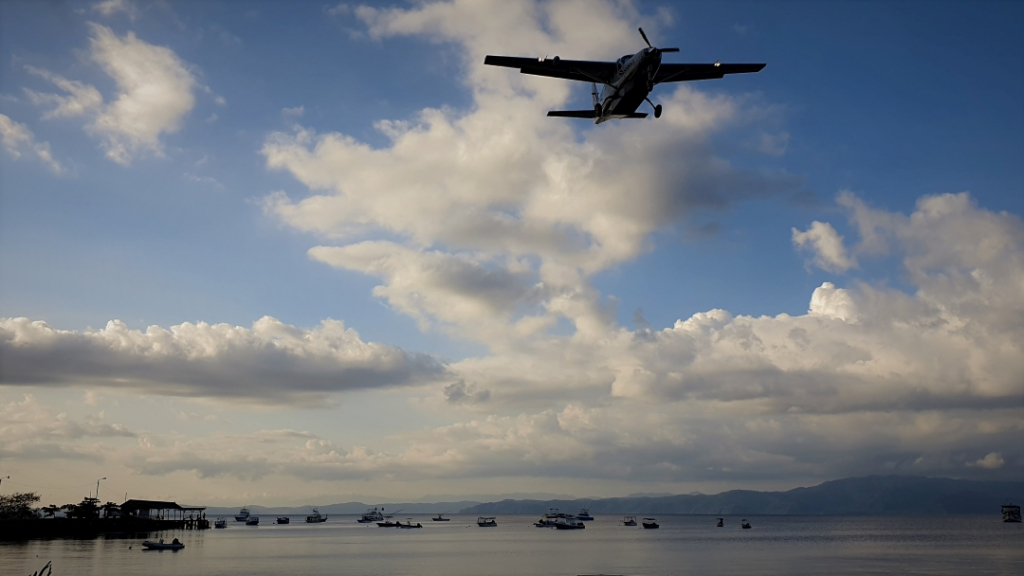 While eating the shrimps, I met a pleasant local guide Corcovado hiking tours and book the tour for the next day.  At night I stayed in Corcovado Beach Lodge that was already booked in advance. Everyone I crossed was nice and willing to help, so it was a short but very enjoyable stay!

On the next day, before 7 am, I was ready to go! The meeting point was the bakery “Panaderia Monar” with diverse delicious options for breakfast, but also to prepare for the long day ahead of us. Like in the desert, I should be prepared, as you won’t cross any selling point along the way.

Corcovado is the largest park in Costa Rica, considered the crown jewel in the system of national parks and biological reserves across the country. The ecological variety is impressive, as quoted above by National Geographic. 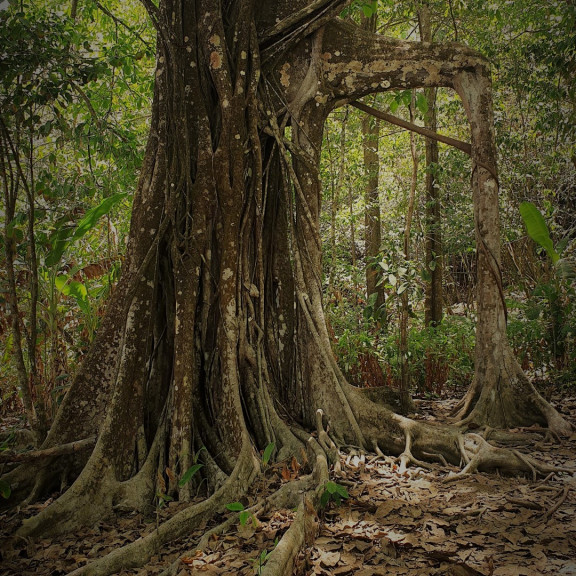 So you can expect to see an abundance of fauna and flora. The trees are stunning, and well-trained eyes can show and explain you so much amount this place and its residents. Again, be aware that this park can’t be visited without a professional guide. Choose one wisely! 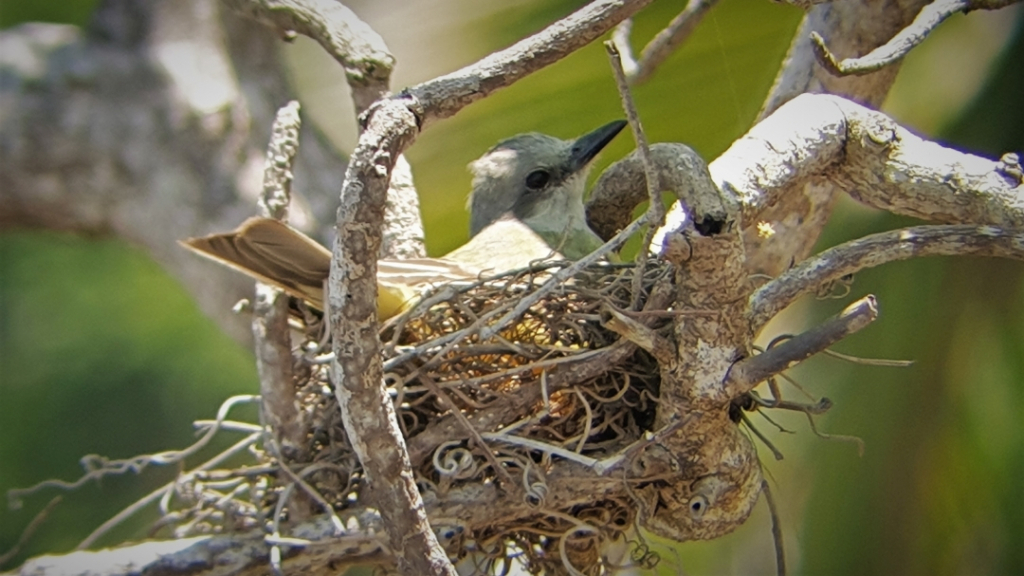 The park has a very wide area. Our guide took us to the western side (La Leona entrance) close to the sea. I walked for ~6 hours,  after 2 hours by car; I crossed with very few other tourists, except in the “controlling point” –  you have to sign your entrance in a book – I was the first Portuguese on the book :). 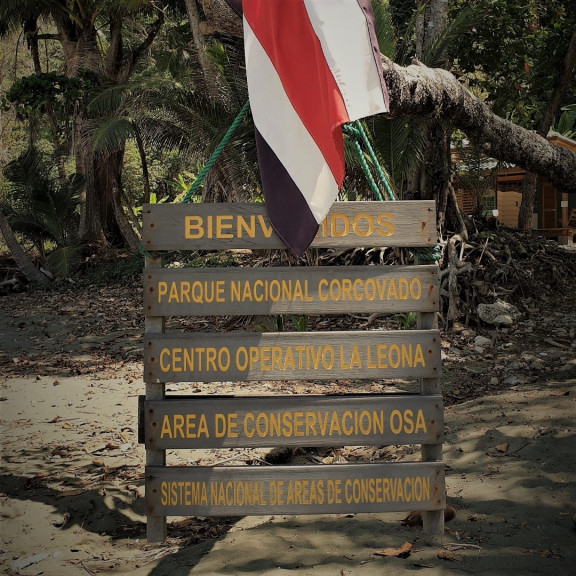 There are also circuits of 2 or 3 days, that go deeper in the forest. I only had one day, and it really worth it. 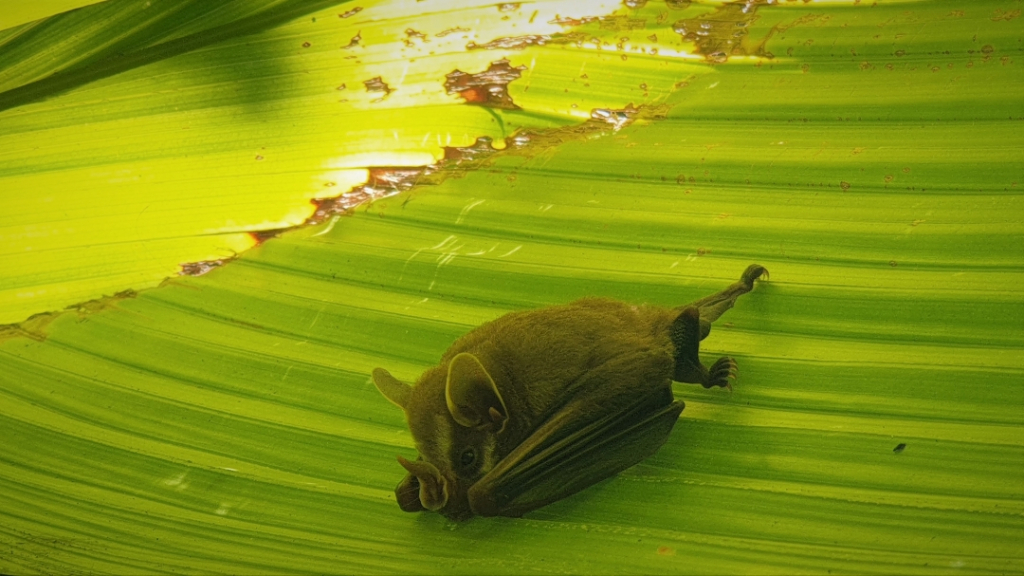 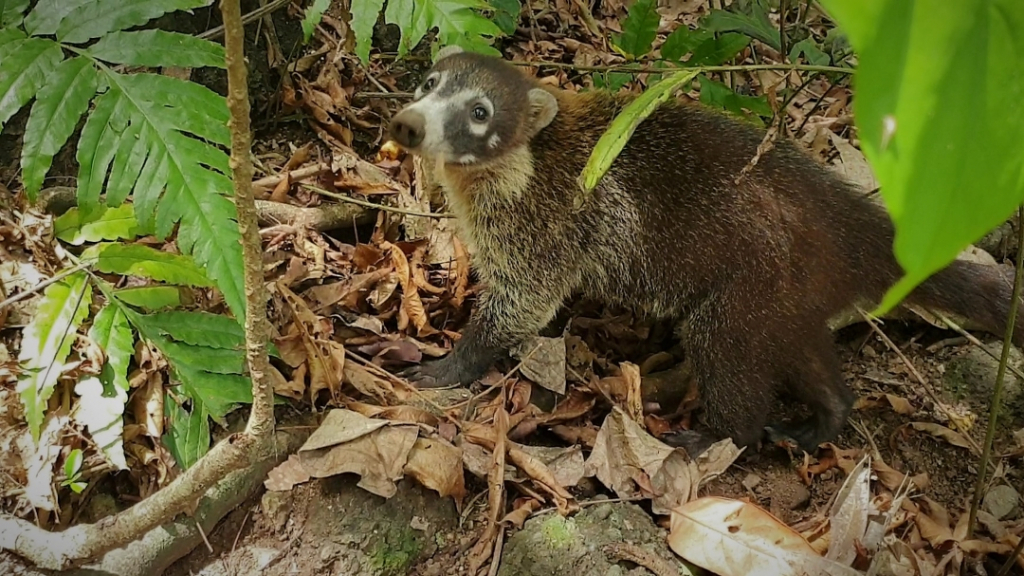 I had a picnic lunch – you have to take it with you on the ride. Despite the pleasure of a dive in the pacific sea, you’ll enjoy a shower in the controlling point, when you sign your exit. 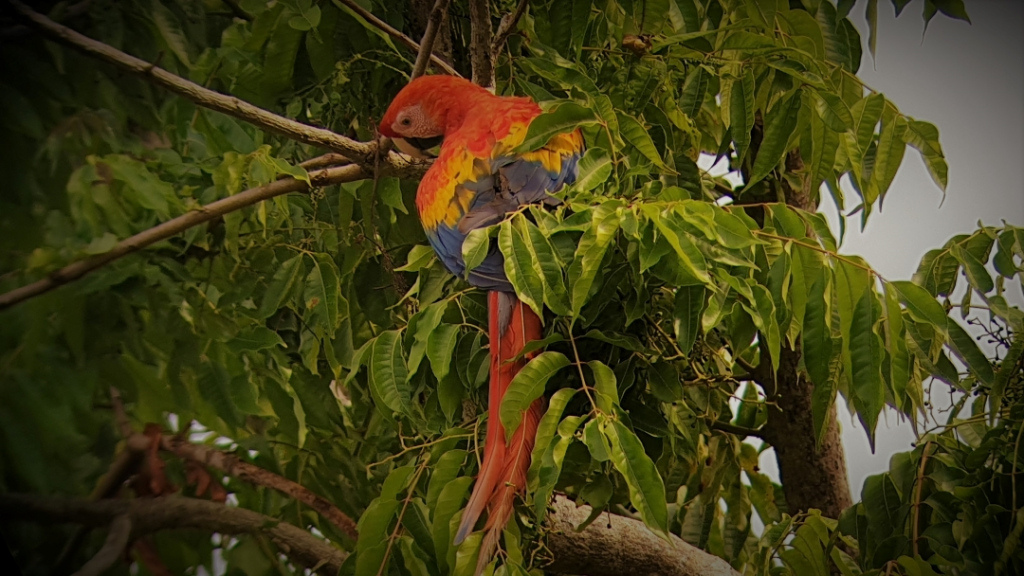 I revealed the guide I haven’t seen any crocodile in Costa Rica. Unusual in a country where they are abundant. Despite I stayed for two weeks!

Our guide took us to several places where they usually are seen. Subsequently, a Cayman family!  A couple and a baby in a river branch. I  just saw their heads (nose and eyes, really) and even though it’s a bit scary, they were not so close. Certainly, they live on the planet since the dinosaurs for some reason! 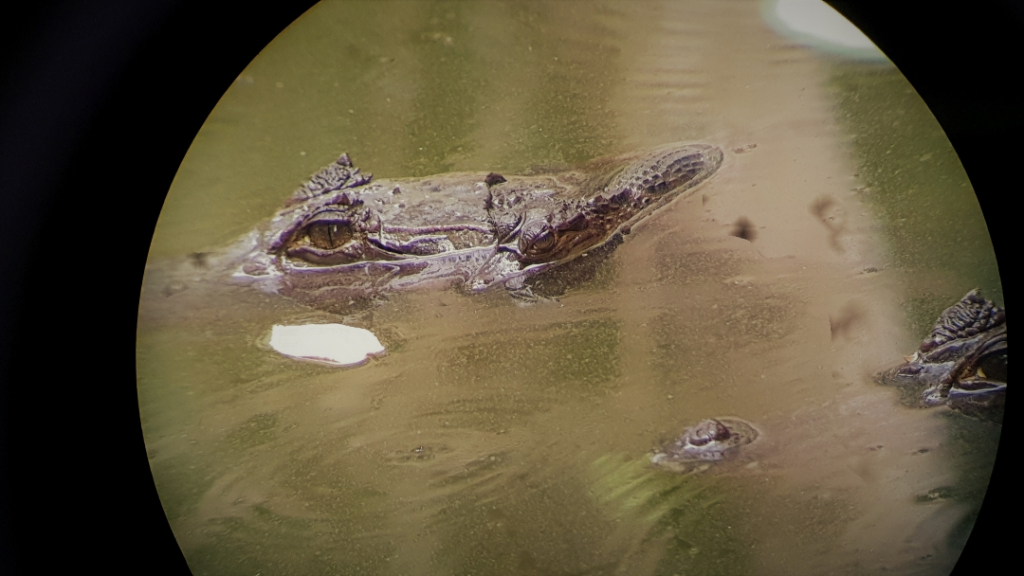 I’ve not afraid to go back where I was happy :), so I decided to travel back to Uvita on the same day, I wanted the last day to rest… just pool, waves, ice cream… and return to Sabor Espanhol, the Spanish restaurant! 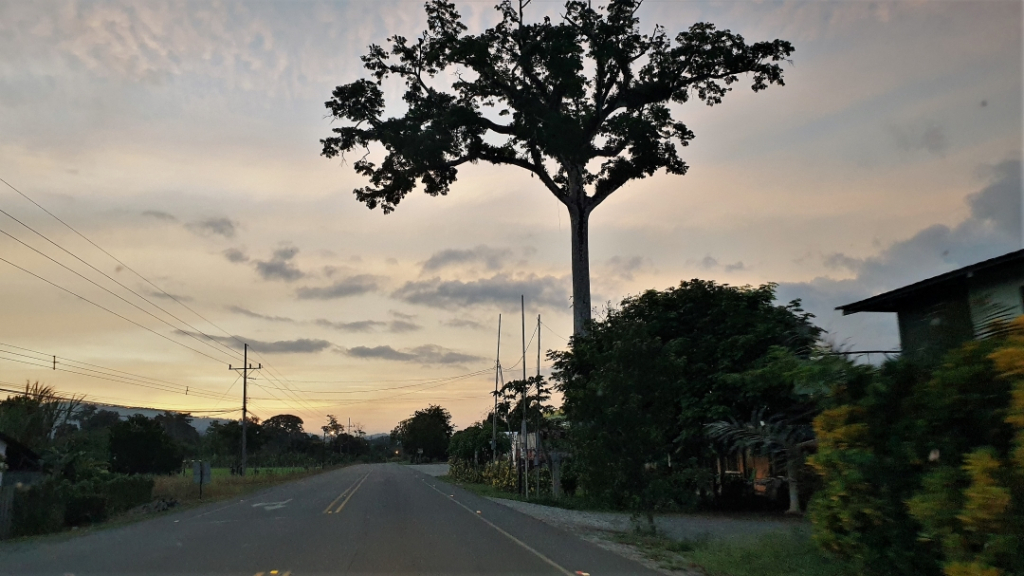 The day after I left early to San José, through the mountains, just for the pleasure of crossing different roads!